You know, all I want to do is cuddle Jackson and play with him, work on sitting up, using a sippy cup, picking up food, and holding his own bottle.  All the other stuff has to get done as we all know...but as many people find, there's just not enough hours in the day.  So I apologize, but blogging has gone down further on the list (along with house cleaning...please don't stop by randomly) while all those other life necessities are closer to the top of the list...right below all things pertaining to Jackson. 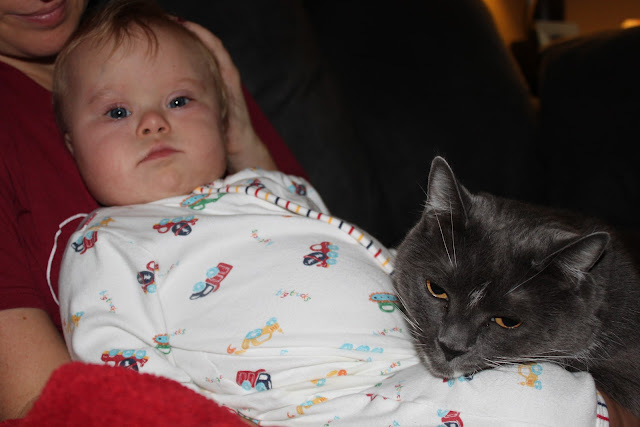 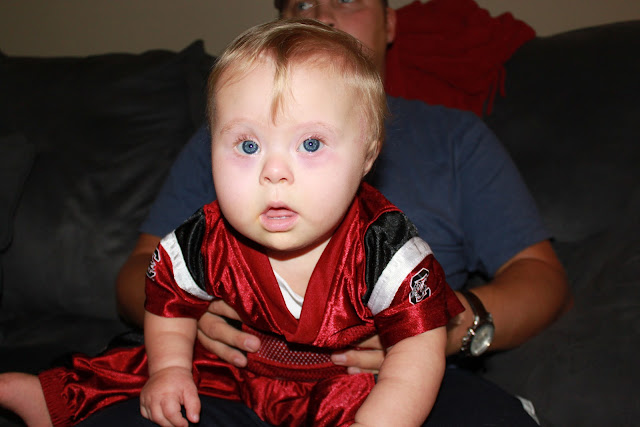 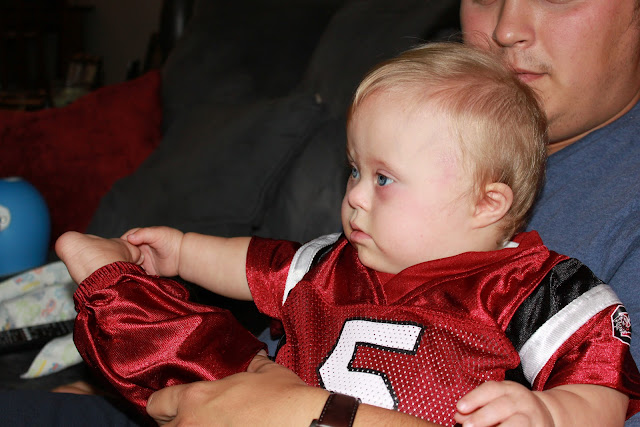 Somewhere in this time Jackson turned 9 months.  Of course at this point, we're closer to 10 months than 9 months...  Anyways, Jackson had his 9 month well-baby appointment and he's doing well.  He has been put on reflux medicine that may help with the spitting up (it hasn't), but otherwise is doing great.  He weighed in at 20lbs. 5 ounces, and is 28 1/4" (both in the 50th percentile on the typically developing growth chart).  His head is still in the 5th percentile, but has maintained consistent growth.  He's still in his helmet, although we've had the occasional time out of the helmet due to some blistering from the adhesive of a band-aid.  We go back on Friday, the 7th for a scan to see the progress that he's made.

At 9 months, he loves playing with his feet and has become very uncooperative during photo sessions...and getting dressed after bath.  We are very anxious for him to sit independently because bath time is becoming more and more of a challenge.  He loves to eat still and we've been trying to expose him to different foods and textures.  And as of yesterday, his first top tooth is coming in...baby tooth number 3! 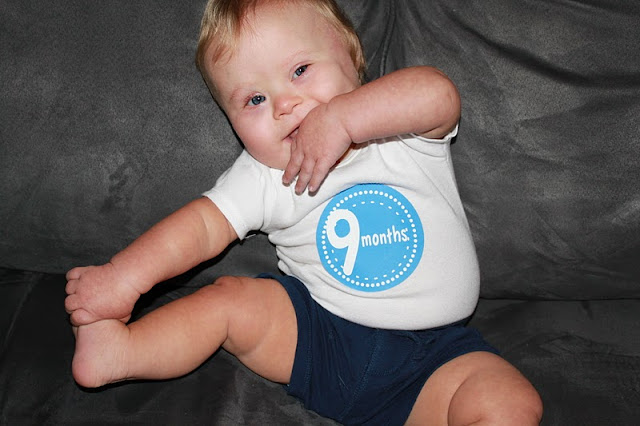 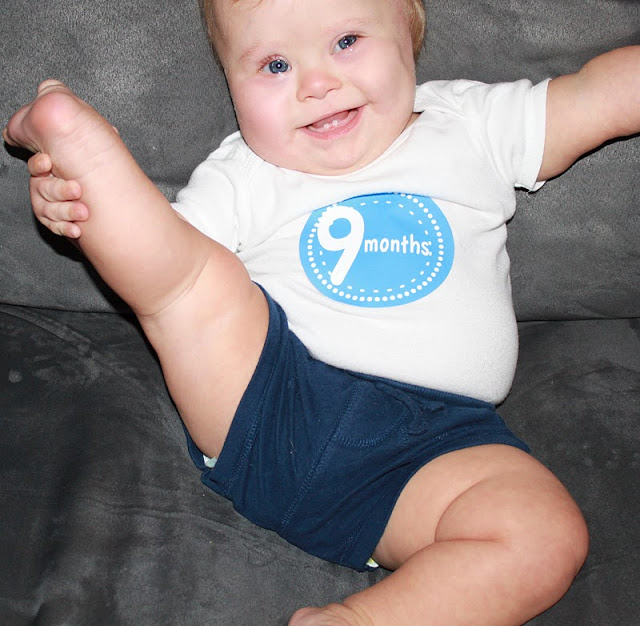 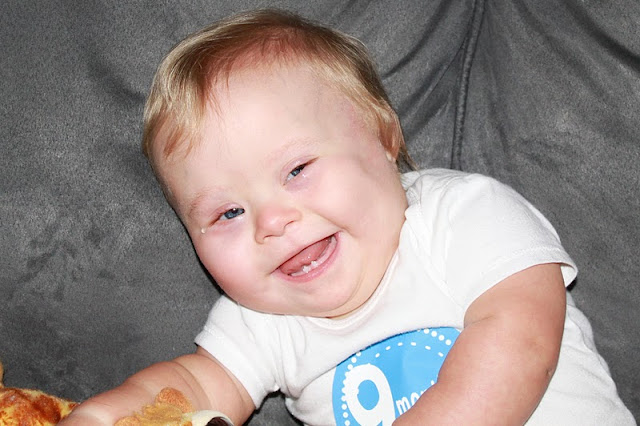 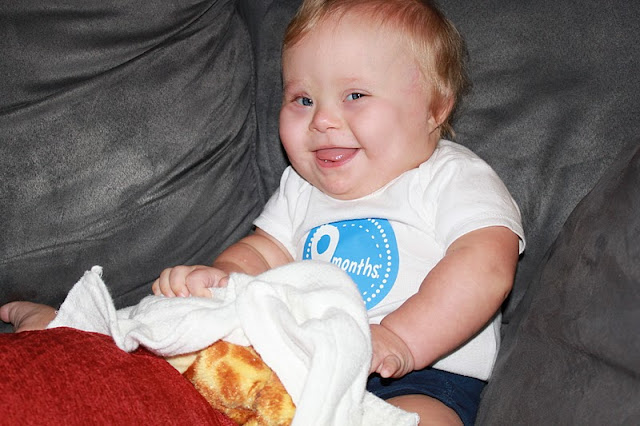 A few weeks ago we attended our first Buddy Walk.  Adam's company, Edge Bio, does a charity event every year and because of Jackson wanted to do something in support of individual's with Down Syndrome.  So on a cool and rainy morning, we trekked out to Frederick and walked for Jackson.  Edge Bio was recognized as being a top donator for the Buddy Walk!  We are so grateful for the support that Adam's company has given us. 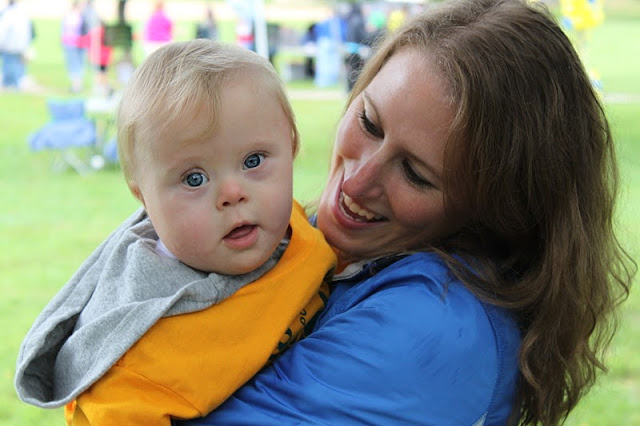 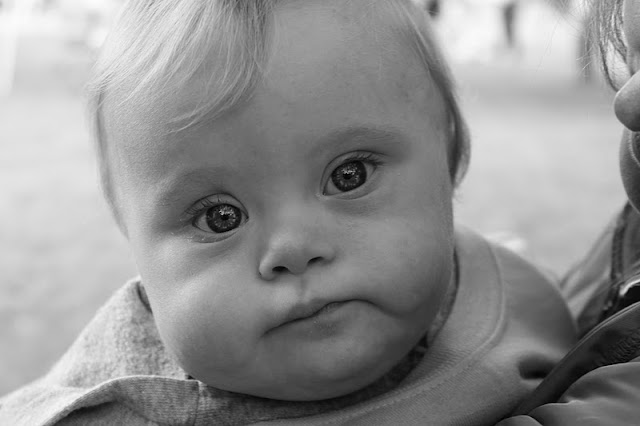 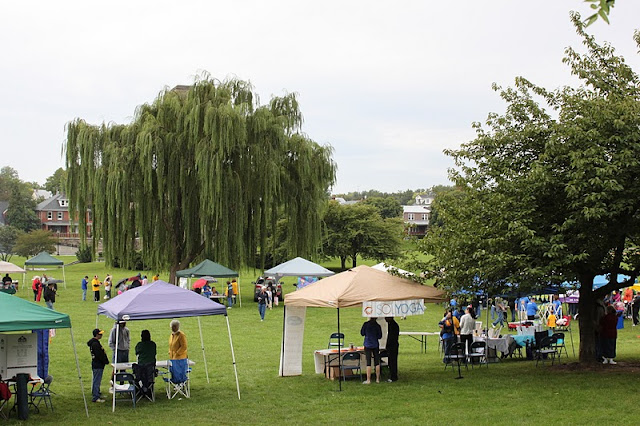 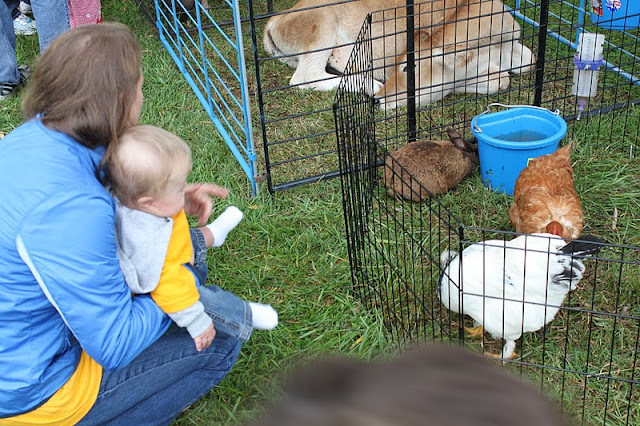 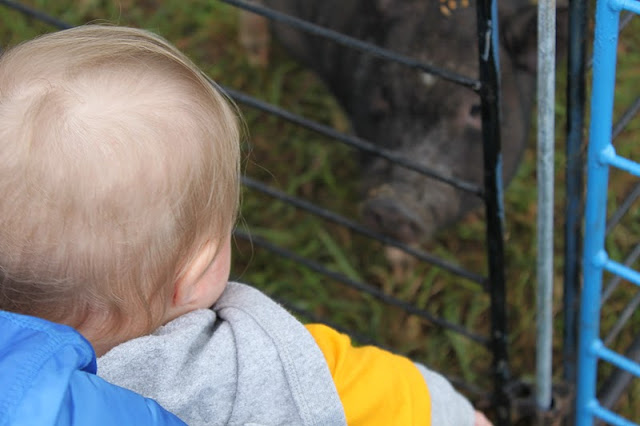 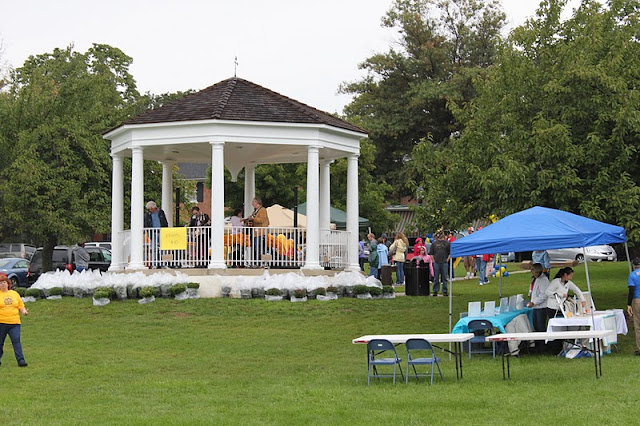 A week after the Buddy Walk, we participated in walk/run for Kennedy Krieger's Down Syndrome Clinic and local support groups.  Our team, Jogging for Jackson, was the top contributor with a total of $4000 as of yesterday.  We had 29 participants and had three of our participants win awards!  Meg got third in her age group, Jeremy got first in his age group, and Ryane got an award for youngest participant! 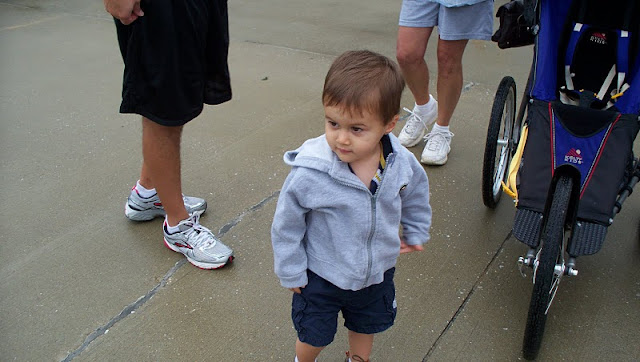 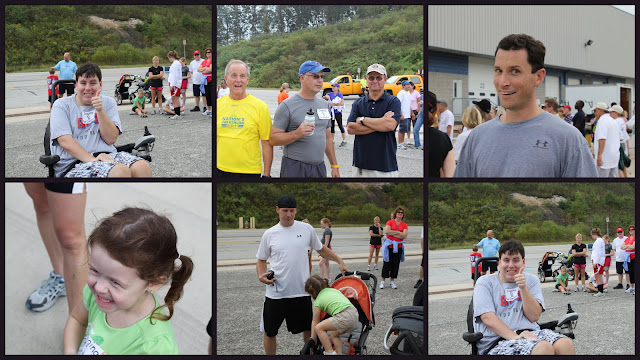 I think that catches us up...I am going to try to switch another load of laundry and do the dishes before Jackson gets up from his morning nap...there it is again...life.  I'll try not to let it get away from me this time.  Hope to see you guys again soon!