This is the third time I've sat down to write this post...and since I have a few minutes uninterrupted without kids, I'm determined to get it finished (forgive the stream of consciousness!)!

My life these days feels like I'm constantly trying to catch up, constantly trying to juggle eight thousand things at once all before 8pm when my body says, "I'm done".  I feel like I always have the best of intentions, good ideas floating around in my head, whether it be about work, home, friends, or family, but the follow-through is not always there...hence the persistent nagging in my head that I need to get myself together...

For example, I still have yet to write thank you notes for Jackson's birthday gifts...from December...(I swear I haven't forgotten...we are very thankful)  I went to work with pee on my sleeve the other week..it was either that or be late to work...I figured it was just urine...it would dry...Seriously...I rationalized this in my head.  A few weeks ago Grayson turned 5 months old...I told myself I would update the blog and post pictures of everyone...and that was a few weeks ago.  So on that note, here you go... 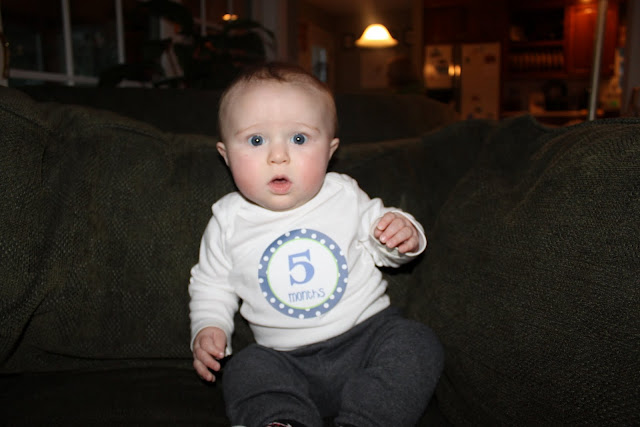 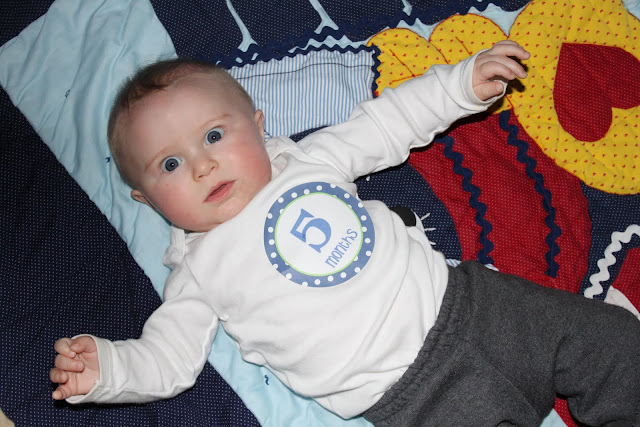 Grayson has grown so much, so quickly.  He's a very happy baby, a great sleeper, and loves to laugh.  He laughs when you tickle him, kiss his belly, kiss/"bite" his hands...and he's cute as can be.  He's enjoying trying new foods...we haven't done a whole lot...just cereal, sweet potatoes, squash, and carrots...but he's enjoying solids so far!  Unfortunately his head is getting pretty flat...not as bad as Jackson's was just yet, but pretty flat.  Adam and I are getting worried that we may need to pursue a helmet again and that's not an expense that we are looking forward to.  How do babies these days not all have flat heads???  I swear we have been super conscious about it since dealing with Jackson's plagiocephaly and don't know how to avoid this! 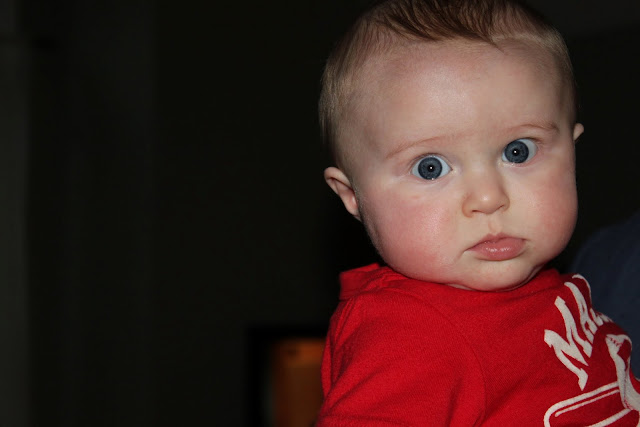 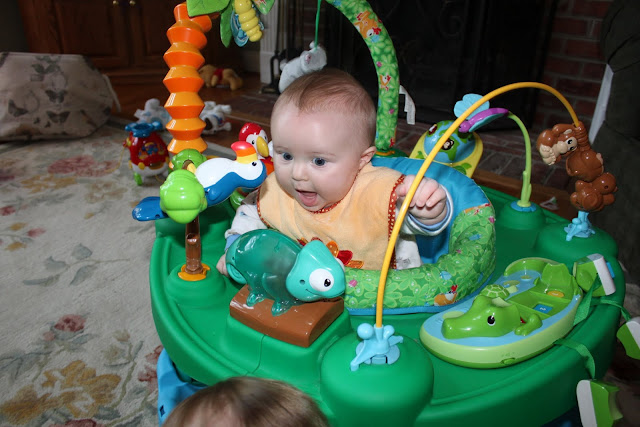 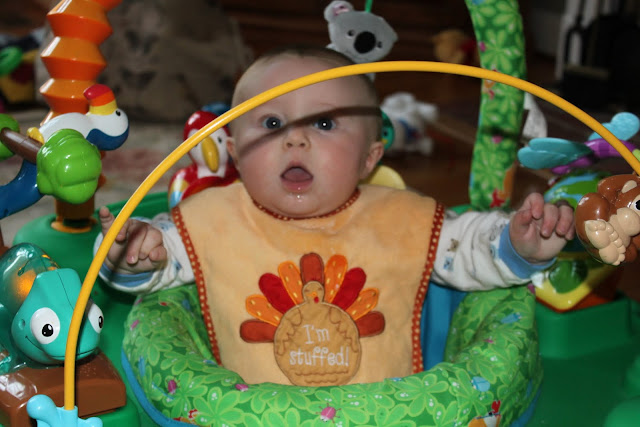 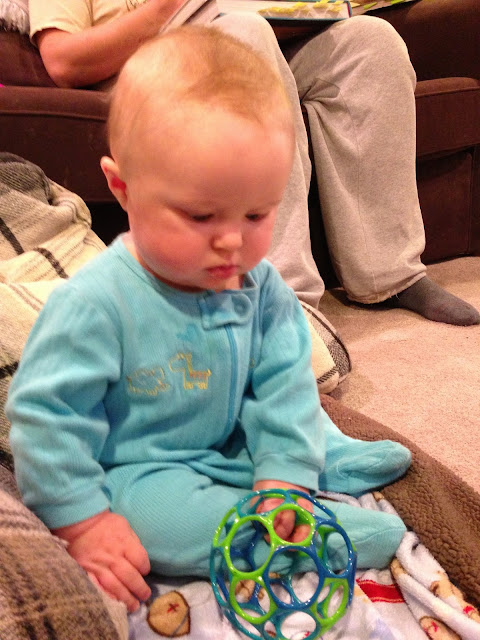 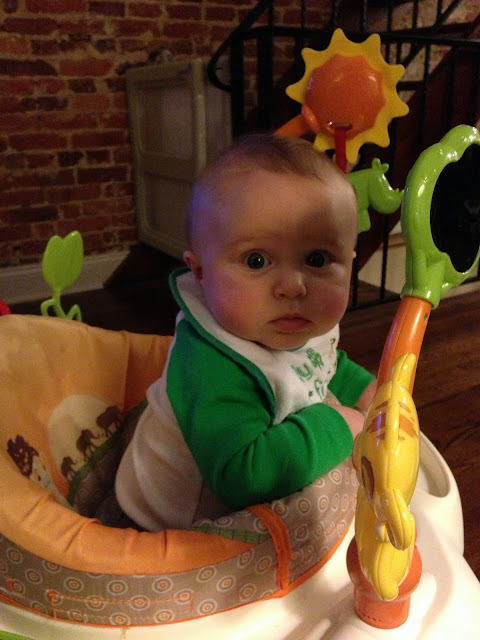 We put Jackson in hip helpers to help keep his legs from splaying out.  I actually bought them a very long time ago but we didn't use them.  So when his PT recommended we start using them, I busted them out of storage and we got them on him.  It may be my imagination, but it does seem like he's standing up in new places and he has "cruised" a couple of times.  Progress continues! This was amongst the first or second round of posting attempts that needs quite an update.  Jackson was in the hip helpers for a good week or two and when I took them off of him to throw them in the laundry they disappeared...its been about two weeks and we have yet to see them.  I bought two new pairs so that we don't run into this problem again.  I think Jackson's fascination with laundry may have resulted in him pulling them out of the laundry and tossing them to a mysterious place in which we will discover once we pack up to move out of this house. 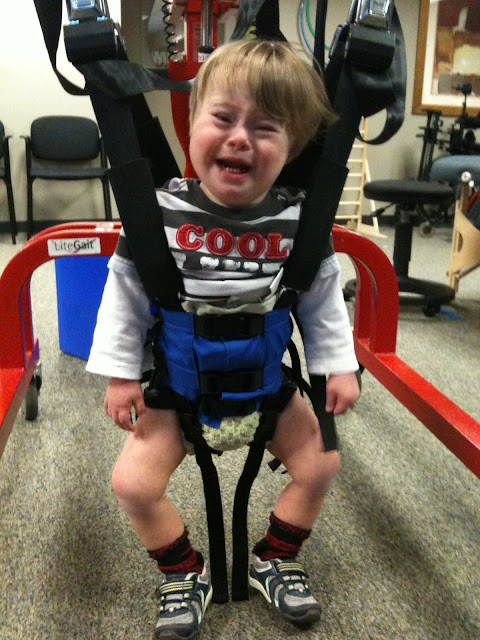 Also in an effort to help Jackson walk, I just picked up a script to get Jackson orthotics.  He'll be fitted probably in a week or so and most likely end up simply wearing Sure Steps in his shoes to help provide more stability. Jackson is now doing PT twice a week...once at daycare with Infants & Toddlers and with Chris again privately.  Last week he did a great job doing standing play for a long time and "walking" while holding on to a rolling mat like the one seen here. He did this without any tears or fussing...so we'll see how today's PT goes this afternoon.

Jackson still absolutely hates having his hair cut...so I opted to cut his hair myself instead of taking him to Cartoon Cuts.  I figured he could scream and cry in the comfort of home or do it amongst the public.  I was pretty nervous...
The front turned out better than the back, but it served the purpose of getting his hair cut.  I figure I'll get better over time once he stops flailing his head around and I can use clippers and sheers without fear of stabbing him accidentally. 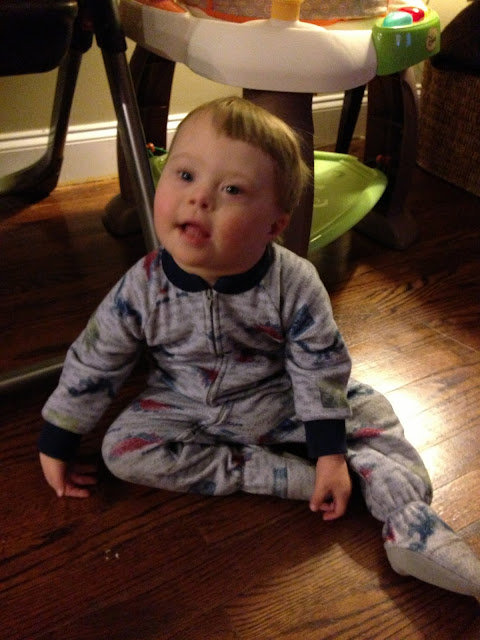 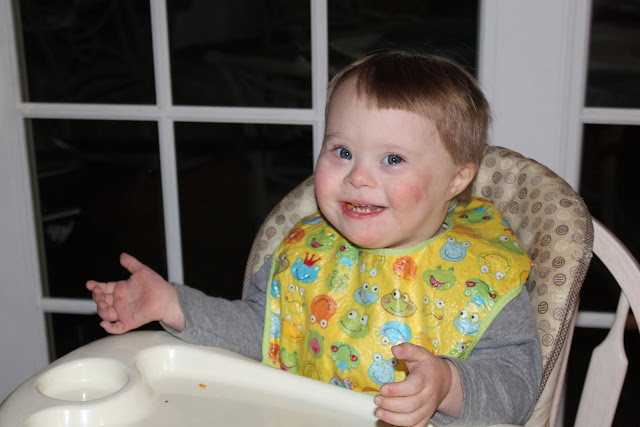 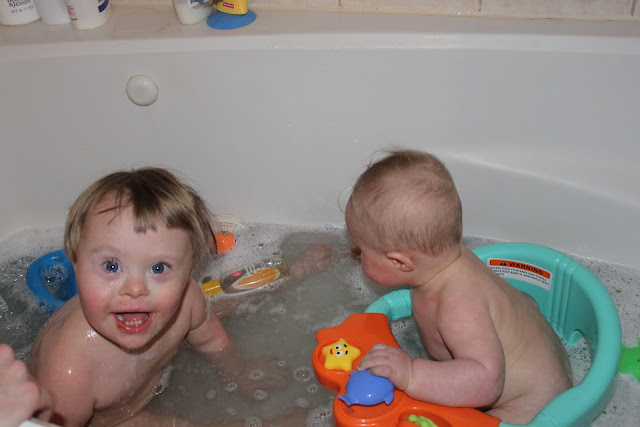 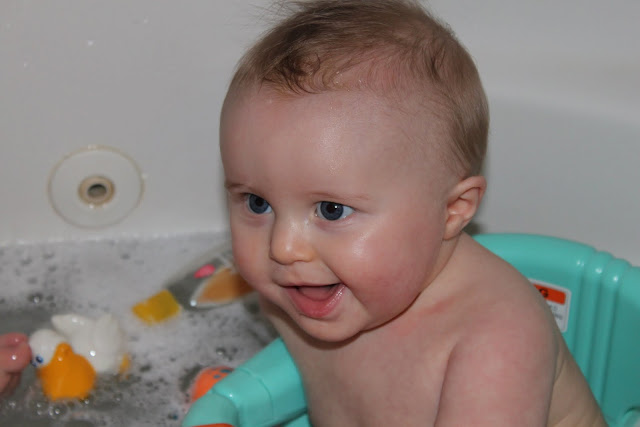 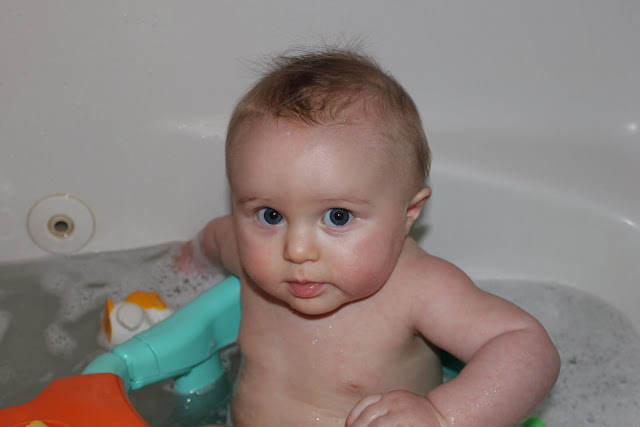 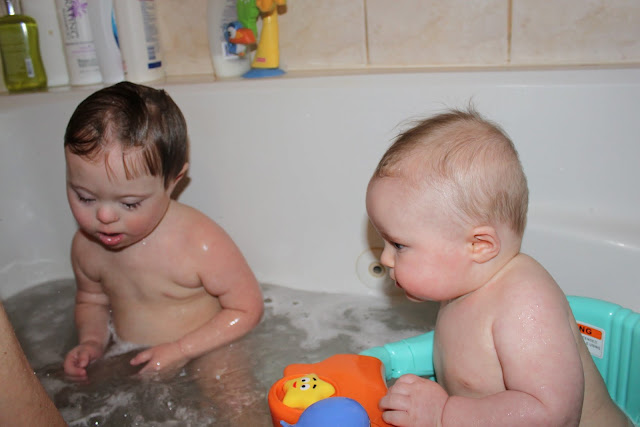 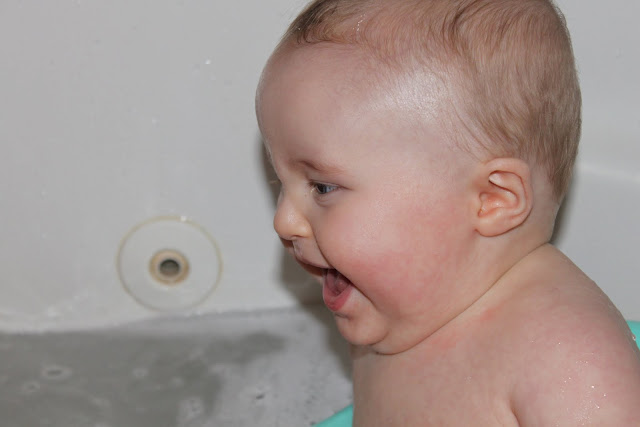 As Grayson gets older, the interaction between Jackson and Grayson increases.  Jackson still finds it hysterical when Grayson cries, but now they both find amusement in each other.  Grayson already gets on Jackson's nerves if he touches him or reaches for a toy that Jackson is playing with...but its exactly what a sibling relationship looks like at this age.  Jackson gets a kick out of being near Grayson or "holding" Grayson when he is in the mood.  Its phenomenal how they laugh they exact same way.  Some nights I rock Grayson in their bedroom and Jackson will stand up and watch us, reach out to us and wave "hi".  This is a rare moment as he doesn't do this in other circumstances, but he always does it when I rock Grayson while Jackson is in his crib.  Its moments like these that warm my heart that I'll remember forever.

I hope to post again sooner rather than later!  Grayson will be 6 months in 11 days...so perhaps I get in a new post then!  Happy weekend to all!
Posted by Becky at 10:46 AM No comments: