Adam is still in bed...sleeping in for his birthday morning.  I figured I would finish up this post that I started a week ago so he would have a blog update to read today.  Daddy is our number one fan of the blog.

Grayson turned 6 months about three weeks ago.  He is able to sit independently for a few minutes but is still best propped up with pillows just in case he falls over.  He has two adorable bottom teeth poking through and is overall a pretty happy baby...unless he wants food...and then God help you, you better hurry up and put food in his belly. 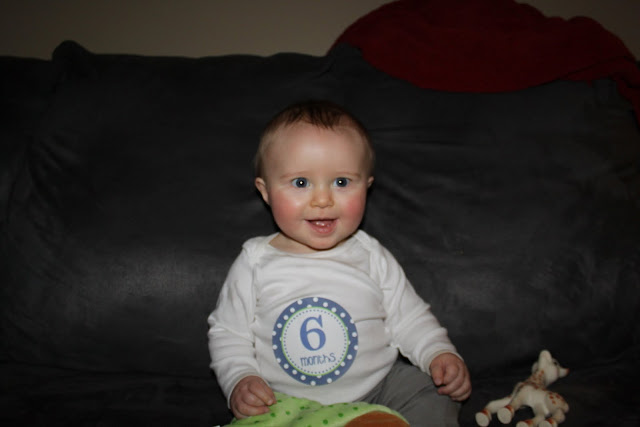 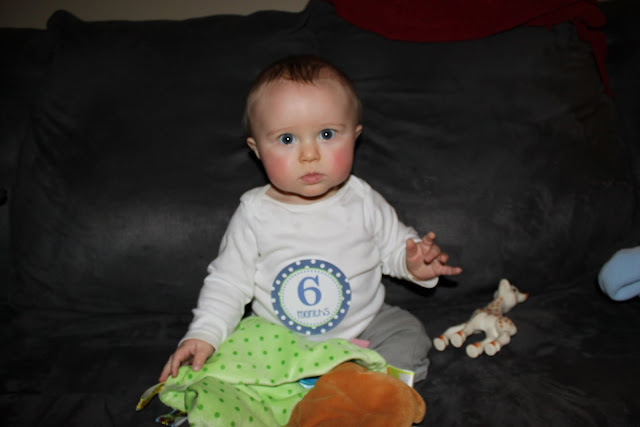 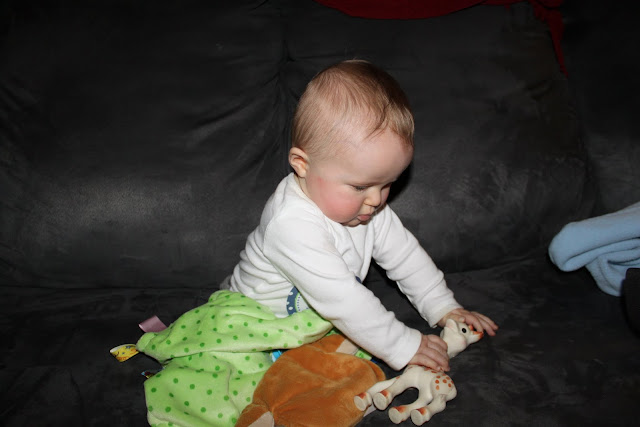 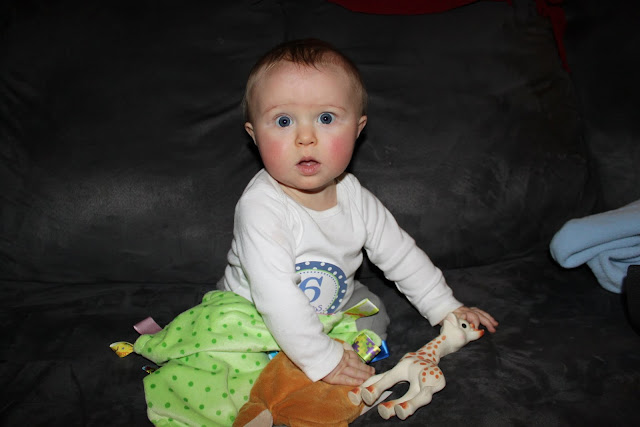 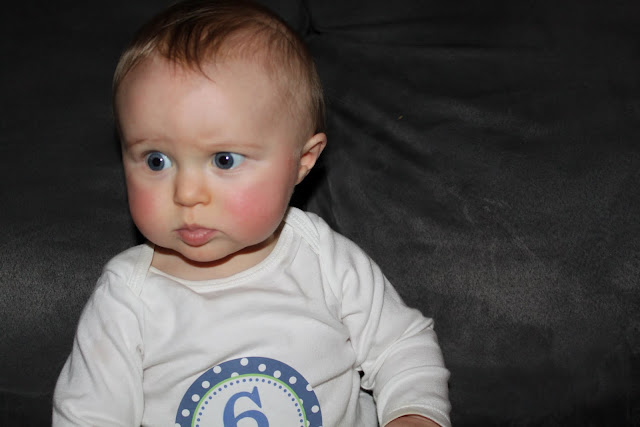 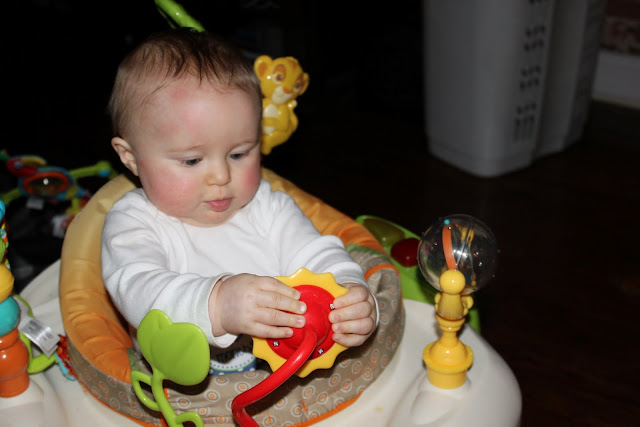 Grayson is at the point where he does not want to lay on play mat.  He prefers sitting up and playing alongside his brother whom he finds to be absolutely hysterical, especially when brother engages him in whatever he's doing.  It is completely adorable. 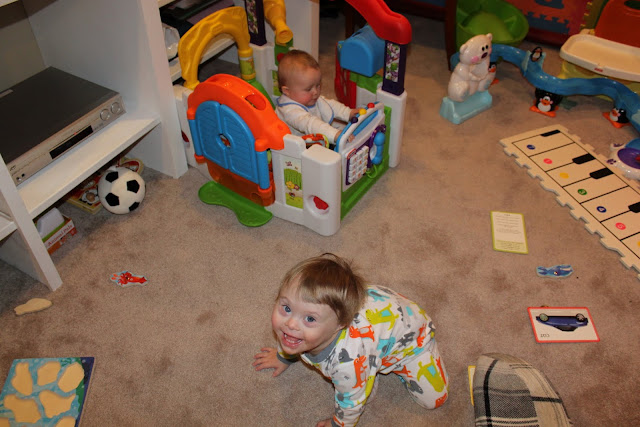 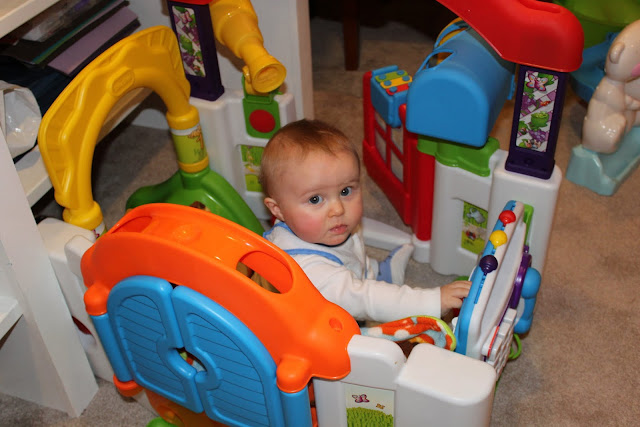 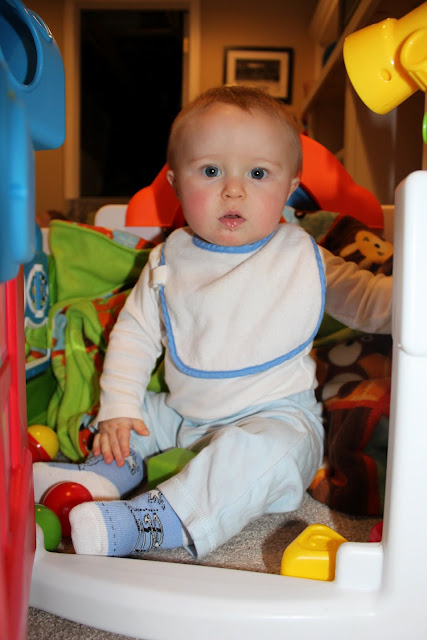 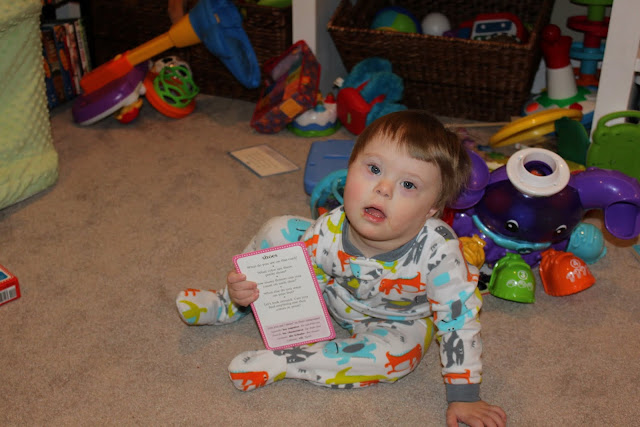 Jackson has been very into books and his picture/word flash cards.  He loves for you to say the word and hand him the card which he will orient in the proper direction and observe the picture for a few seconds until he wants the next card. 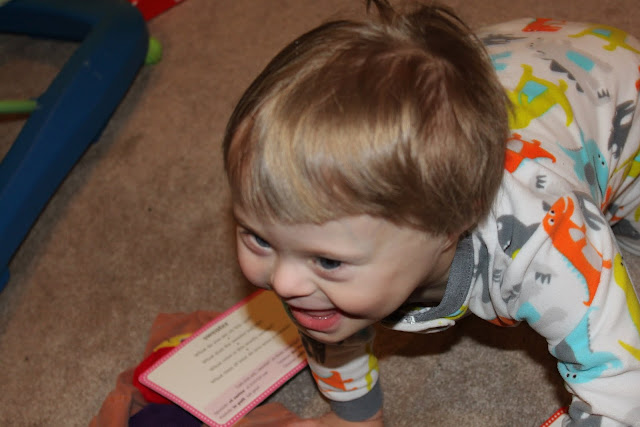 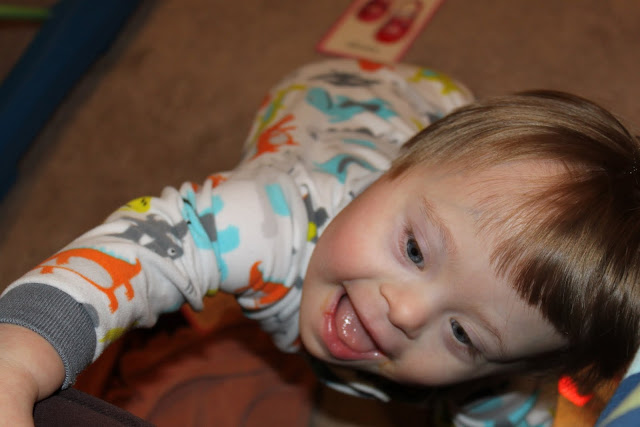 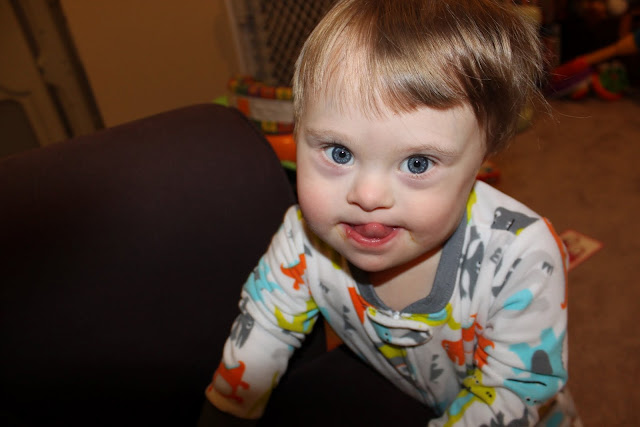 He still loves to chase after his stacking rings which he throws around the room. 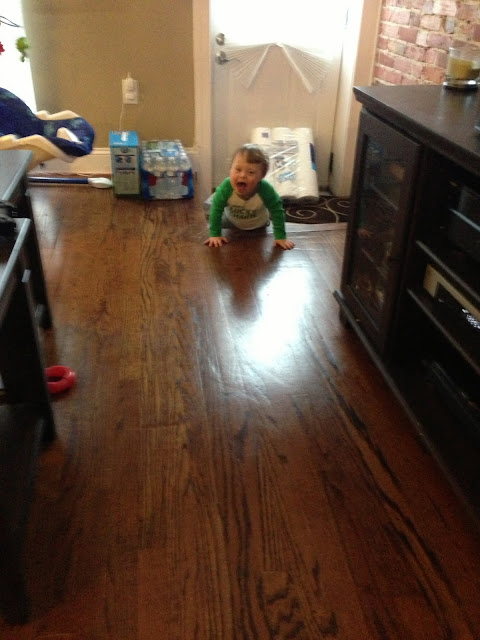 And loves to steal his brother's pacifier... 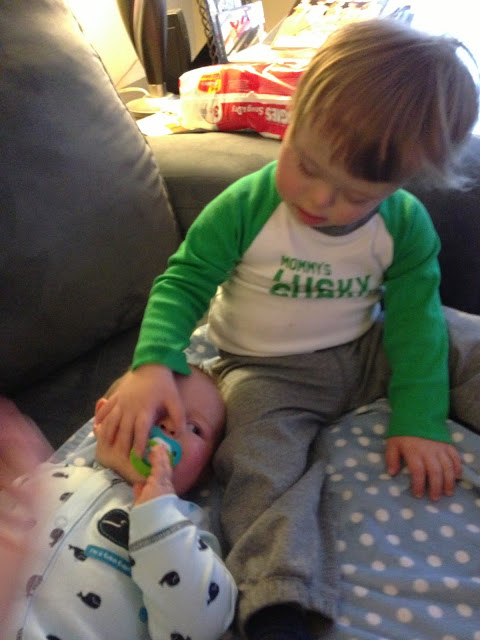 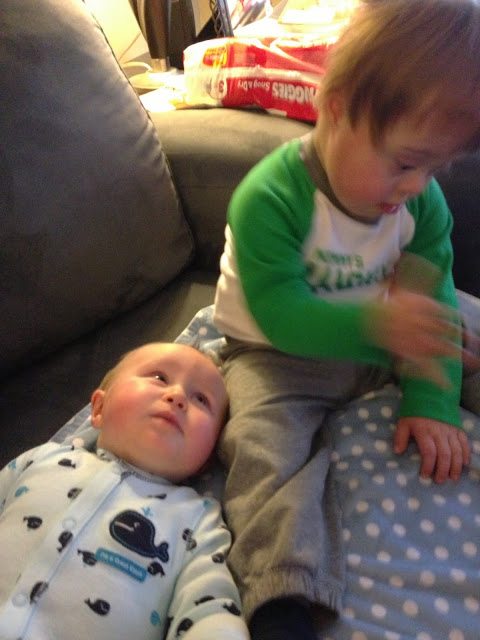 A couple of weeks ago we went to a birthday party for one of Jackson's old daycare buddies at Hopper Zone.  We walked into the back room with all the huge bouncer gyms and he just lost his head.  The noise was loud due to the whirring of the air pumps and the bouncers were huge....some major over-stimulation.  So we found a patch of sunlight that trickled in through one of the windows and played catch with a ball for the entire birthday party.  We did not stray far from this patch of sun. 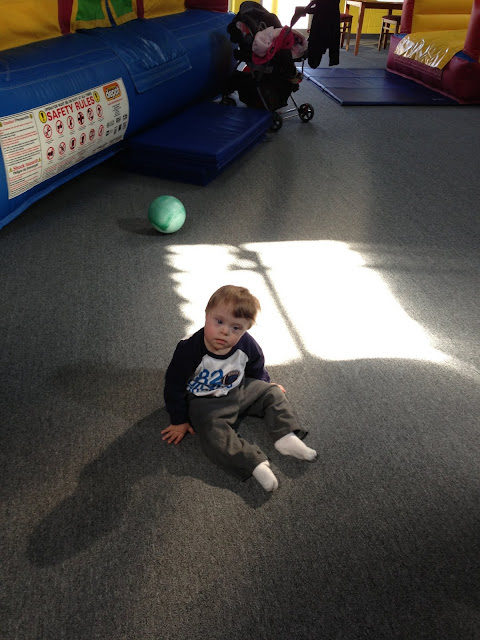 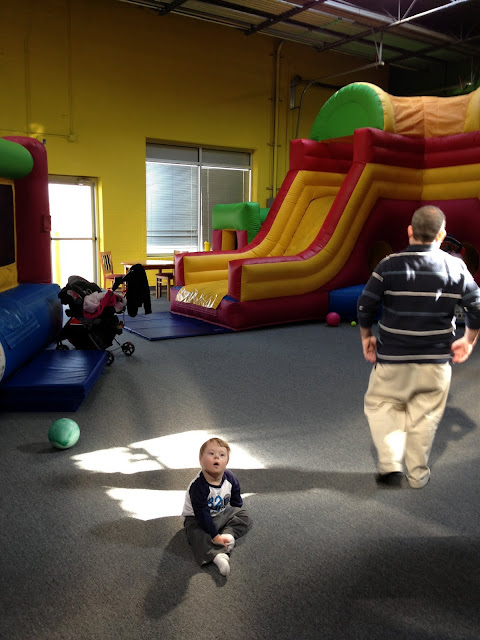 Last week Jackson got fitted for his orthotics.  He'll be getting an orthotic that I think will look more like the mid-calf orthotic that you see in this picture.  He had to have both of his legs cast which he tolerated shockingly well.  I wish he was half as good when getting a haircut.

Yesterday we saw Jackson reach a significant milestone.  He walked for the first time.  The video I got doesn't capture the best of his efforts...since he did it two more times walking a longer distance really quickly.  It was a really happy day in our house yesterday.  We might not need his orthotics very long at all!

Happy Birthday to a wonderful husband and father.  We love you!