Ok...so I've been slacking off big time on posting.  And taking pictures of the little munchkin...most of the pictures were taken with my iphone, so the quality isn't necessary that great...but here's a little recap of the last few weeks.


Jackson received his helmet on August 11th.  He transitioned into wearing it full time, but we had some major concerns with it shifting on his head and scrunching up his ear while covering the other one.  We had it adjusted two more times until the company decided to make him a new one.  The helmet was shifting too much and we would constantly have to adjust it otherwise.  So Jackson was without a helmet for about a week and receive his new one on the 25th.  It fits significantly better and is not shifting at all.  We were a little more aggressive with the transitioning since he was fully transitioned the first time and ended up in the helmet 23 hours yesterday with no problems...until this morning of course, where I got him up for the day and he looked like Will Smith in the movie Hitch.  His poor eyes were swollen, the right halfway shut...So I popped the helmet off to see if it had to do with the helmet and within the hour the swelling started going down and I placed a call to Star Cranial.  Because Jackson slept on his stomach most of the night, the helmet put pressure on his forehead and caused his eyes to swell.  They may adjust it, but she said that if he only is in the helmet 21 hours instead of 23 hours to allow the swelling to go down then that's fine.  Jackson usually doesn't sleep all night on his belly, so I'm hoping that we won't have to worry about this too often.  And for those of you wondering if Jackson was in any discomfort....when I rolled him onto his back to get him up, he looked up at me with swollen eyes and gave me a big gummy grin.

------------------------------------
Hurricane Irene came and went this weekend.  The worst of it hit us in the middle of the night, but left us with a couple of leaks (we already had one spot that leaked) and water spots on the ceiling in the nursery.  We lucked out with the power...we had it the entire storm and feel we got off pretty easy compared to some other areas.  I told Jackson that he's not even a year old and he experienced an earthquake and a hurricane all in the same week!


------------------------------------
On Sept. 25th, I am participating in a run/walk for Kennedy Krieger where the proceeds will go towards their down syndrome clinic and other local groups.  I'm beyond thankful for those of you who have donated to this run and/or are planning on joining us for the event.  We started out with a goal of $1000 but are over $2500 and have over 19 participants on our team, Jogging for Jackson (a couple didn't actually register with us, but will be unofficially on our team).  If you'd like to participate or donate, please check out the link: http://supportus.kennedykrieger.org/site/TR/Events/General?px=1052539&pg=personal&fr_id=1050 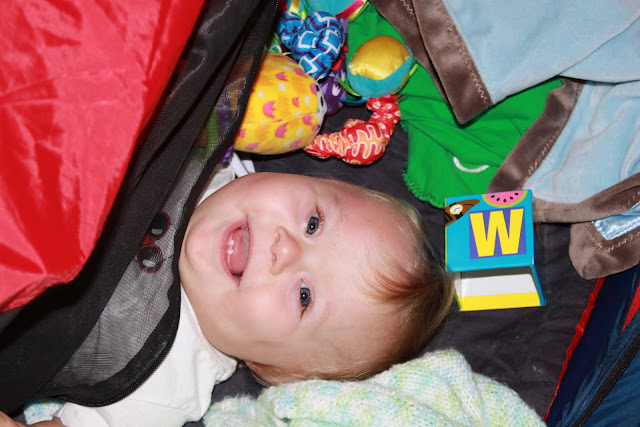 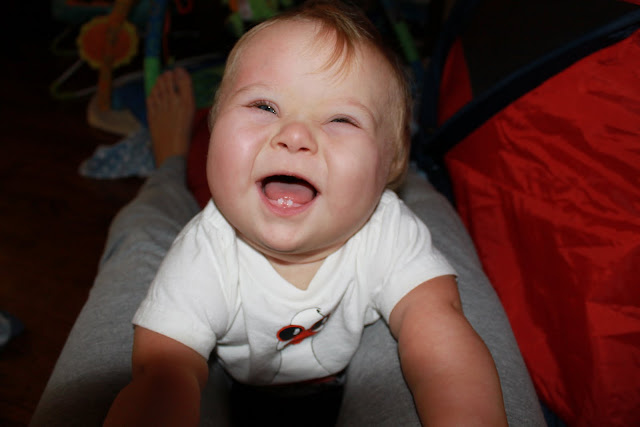