A busy weekend before my re-entry back to work.  Adam, Jackson and I took off for the annual Oyster Roast in Severna Park.  Jackson was going to be watched by Adam's cousin Jill at Adam's parent's home and we were going to head down to the water to hang out and eat some oysters.  Or Adam was going to eat oysters and I was going to sample whatever non-oyster delicious foods they had down there.  Unfortunately the air temperature when you stepped out of the house was very different than the air temperature down by the water and after a little over an hour, my mother-in-law, my friend Jenn, and I decided to head back up to the house to warm up a bit and check on Jackson.  I had full intention of heading back down to the water after thawing out but you know what, it was warm and cozy in the house and it was my last weekend with Jackson.  So I stayed put and enjoyed the company of neighbors that dropped by to warm up and family that dropped by to visit. 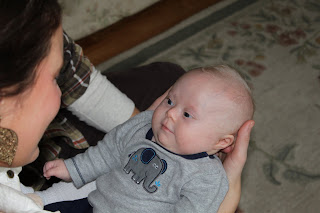 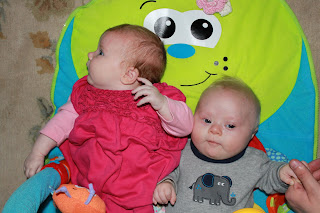 Best part of the day, Jackson got to meet Maggie who was due a day after Jackson but ended up being a month younger since Jackson was born two weeks early and Maggie was born two weeks late.  When cousin Carly laid Maggie down next to Jackson, my heart grew big and I rushed to get my camera (new parent syndrome).  They laid close to one another and seemed perfectly content, even with Jackson catching an elbow now and then. 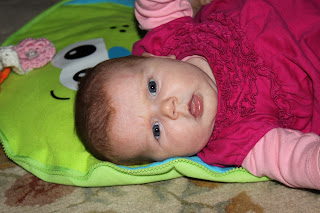 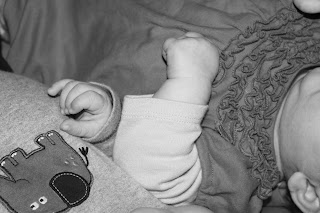 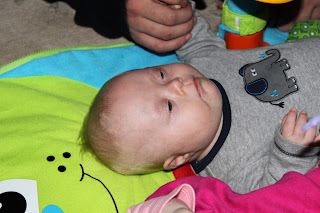 As the oyster roast wound down, the rest of the brave souls came in from the cold to relax, talk, and enjoy some music. 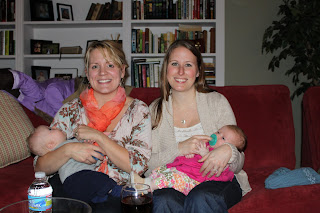 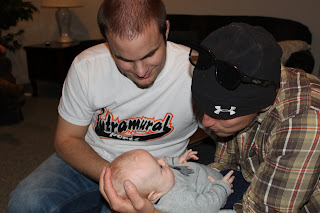 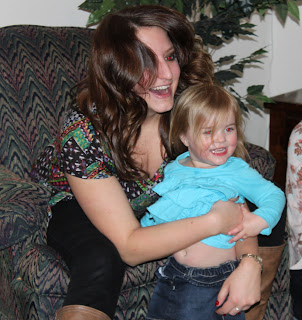 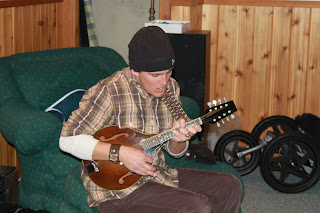 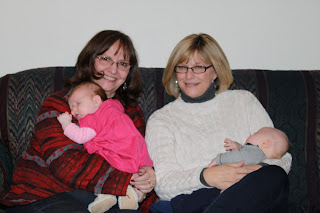 A great way to end the weekend...now for those lesson plans...oh, those can wait.
Posted by Becky at 12:06 PM