On May 11th, Jackson turned 5 months old.  I know that all Moms tend to say this, but seriously, where has the time gone.  This past month seems to have gone by even quicker than the previous one. 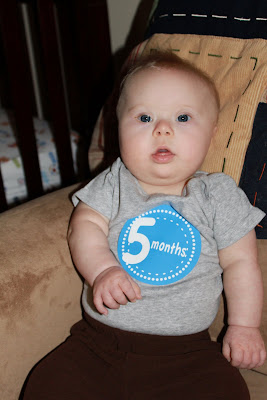 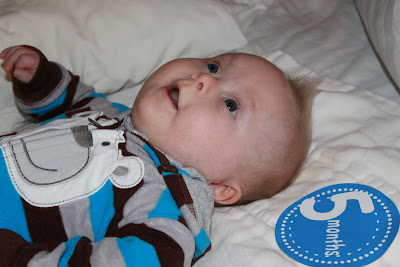 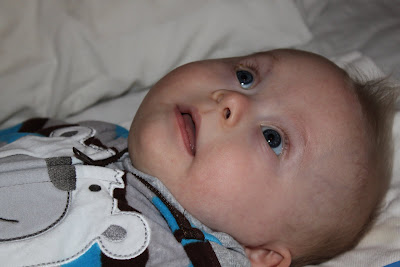 Physical therapy is going well.  About a week and a half ago, when Karen left our house, I felt so overwhelmed with worry and guilt that we weren't doing enough for Jackson.  We made sure to spend extra time with him on his tummy and practicing rolling over.  A week later, Marie told us that he rolled over from his belly to his back and that when she picked him up from his nap he was on his belly!  Our next appointment with Karen went awesome and she was so amazed at the progress that he made in only a week's time.  All those neurons are making some strong connections! 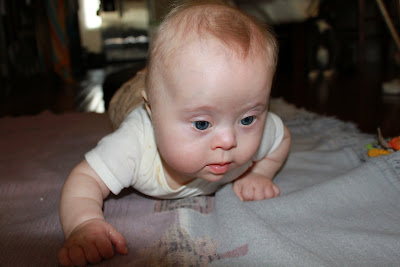 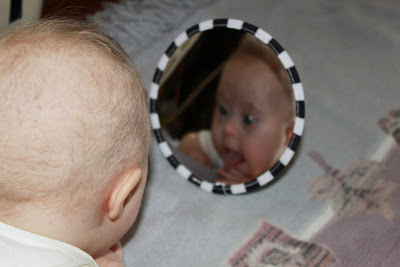 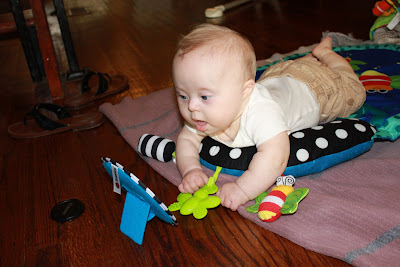 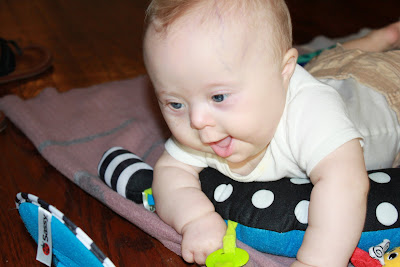 We had an impromptu twin day with Uncle Josh...don't they both look handsome in their seersucker? 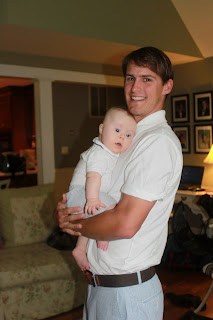 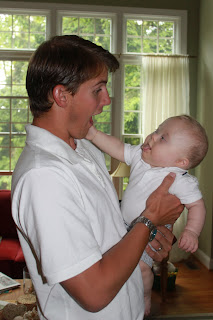 With the way my days have been going, this next month is going to fly by just as fast.  I'm hoping for a bit of a slow down with the summer break approaching so I can take advantage of every possible moment with him.  And as for today, my eyes are telling me that the day is over and I need to recharge my batteries.  Nighty night.  (Hugs and kisses to Daddy in Cleveland)
Posted by Becky at 9:10 PM