Chris was quite happy with Jackson during PT this week.  She saw quite a big difference in his desire and ability to stand.  She focused mostly on standing and used the theraball to do some core exercises with Jackson.  Jackson loves the theraball, but not to use to exercise. 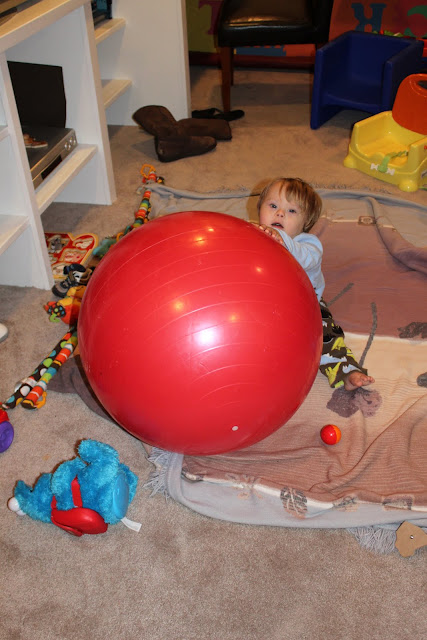 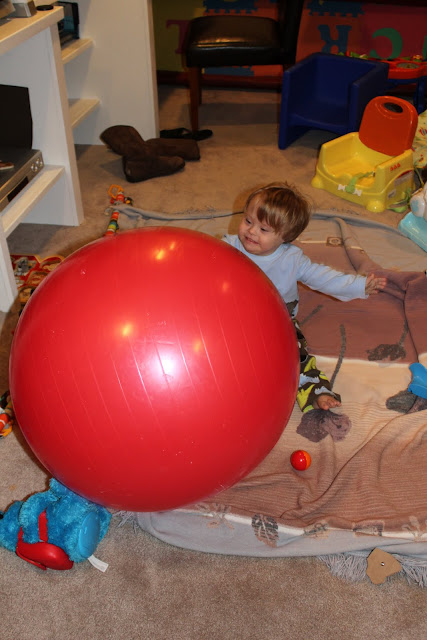 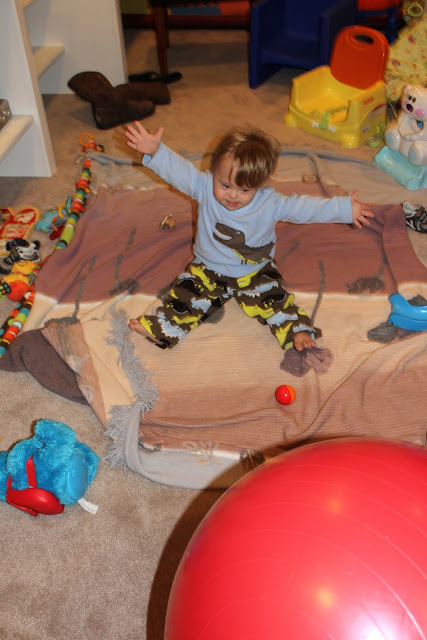 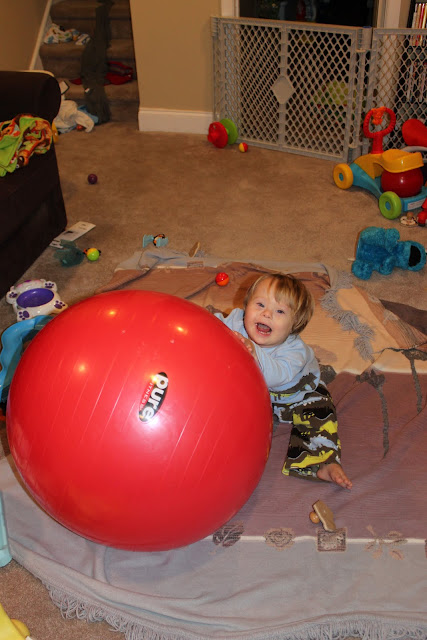 I showed Keri the video of Jackson "talking" and she was so happy I showed this to her.  When Laura came back with her octopus toy Jackson immediately flipped up the feet with no hesitation.  He still needed maximum support in order to hold up the foot and get the ball.  It's such a cute toy and is definitely entertaining for Jackson...he didn't want to play with anything else.

Armyn came today to work on his special instruction.  He tolerated the session as best as possible since he seemed quite tired at the beginning of the session.  We kept him confined in a chair similar to this one (which we use for speech and OT as well) to help keep him focus and prevent him from crawling away.  She brought back the magna doodle and Jackson actually took the "pen" and drew one scribble!  You gotta start somewhere!  After I walked Armyn to the door, I came back downstairs and found Jackson nearly asleep sitting up...so I scooped him up and took him up to his crib.

On a side note, today Jackson is 22 months old!  Where has the time gone???  He is showing interest in stairs which is great and scary at the same time.  Today he was able to crawl up the first step all by himself and I assisted him a little on a few more till he decided he was all done. 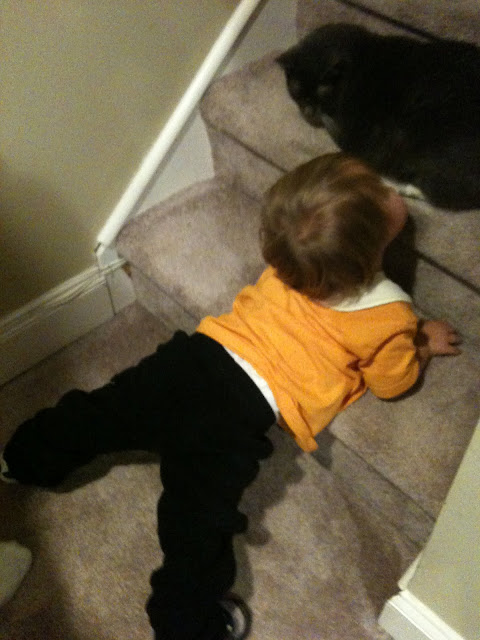 Our doctors visit yesterday went much more smoothly than last time although we still ended up with both boys crying at the same time.  I receive the sympathetic glances as we tried to maneuver out the building while pushing Jackson in the umbrella stroller and holding Grayson in his car seat at the same time. 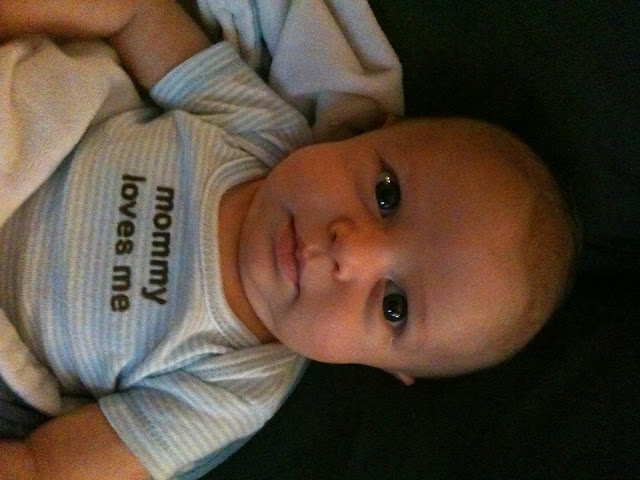 On a positive note, Jackson does not have an ear infection, but the poor thing cried hard enough to pop a bunch of blood vessels in his face. 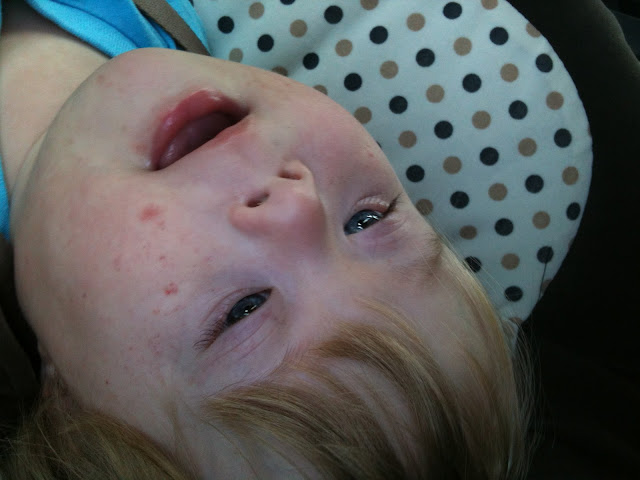 That's all for this Thursday post...check back tomorrow for Flashback Friday!!!