We geared up for a busy day today.  I took it upon myself to go get my haircut... I wasn't happy with the cut the last time I went (which was almost 3 months ago) and I wanted to shape it up before I went back to work.  Adam spent the morning getting the house straightened up just in case we had a showing while we were out.

We had our friends' daughter's 4 year-old birthday party today...which I thought was on the 20th, but thankfully was told yesterday that no, it was today (which required a last minute trip out to the store to get a gift for the party that I thought was a few weeks away).  After the party, we were hoping to make it down to the Fells Point Festival which we haven't attended since pre-children.  Then it would be time for some Gamecock football (my Alma mater).  So we were banking on a fairly busy day.

After the hair appointment (which just in case you were wondering turned out great), we quickly wrapped presents, finished straightening up and were all ready to go...except this guy... 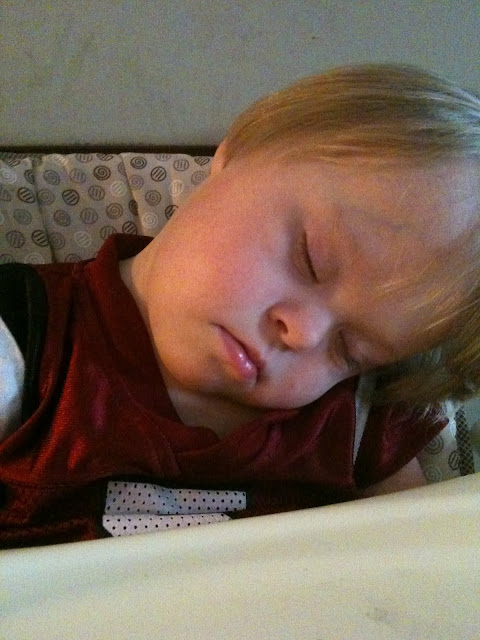 We scooped poor Jackson up, got him in the car and made the drive over to our friend's house.  He dozed off about 10 minutes prior to our arrival and was woken up again to get in to the house.  I unfortunately forgot my camera, so I wasn't able to take any pictures of the adorable kids at the Rapunzel themed party...so I apologize for the lack of photos.

Jackson still has some sensory issues when it comes to new/infrequent settings.  He seems to have the hardest time when it comes to large groups and with that, a lot of noise.  So it took him a few minutes to get his bearings before he was ready to hang out with the larger group.

Grayson wasn't exactly cooperating either...he's going through another one of his non-pooping spells (TMI...I know).  So he's been a little fussy today.  The first thing that he did when we got to the house was projectile spit-up on their couch.  Thank God they have kids...so they get "it" and were very understanding.  Within a couple hours lack of sleep and over-stimulation got to Jackson and he too, was having some meltdowns.  With two kids crying, we called it a day and hopped in the car to go home.

With Adam and I being pretty tired ourselves, we skipped the festival in favor of some quality couch time.  I treated myself to a glass of wine after nursing Grayson and we caught up on a couple of DVR'd shows.

And in a couple of hours, I'll be sitting back and watching my Gamecocks play the Georgia Bulldogs.  Go Gamecocks! 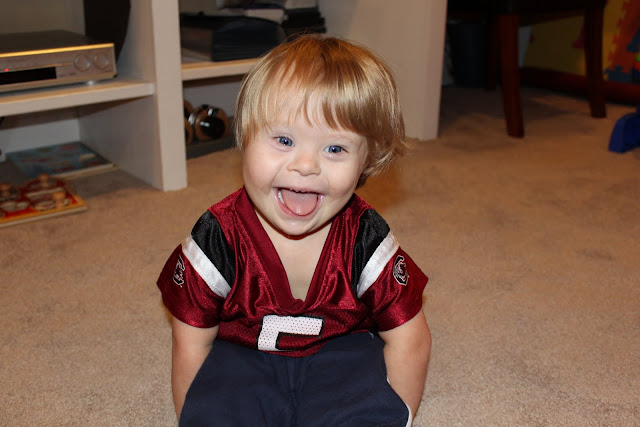 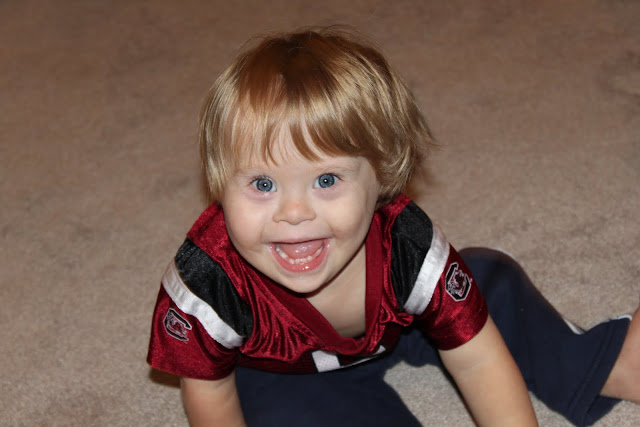